Welcome to Day 8 of my Naughty and Nice Christmas vignettes, based on my twelve sexy Christmas wishes. When you decorate the tree, what do you hang on it? Baubles? Candy canes? Tinsel? Join my couple today as they play around with their very special decorations…

The decorations had gone down very well. At first glance they looked like anyone else’s — baubles with gold glitter covering the outside, dangling on the tree and sparkling in the artificial light. It was only when the guests were invited to take one of the red foil wrapped home-made peppermint creams from the small tree in the entrance hall as they arrived that it began to materialise that the decorations weren’t all they seemed.

Santa’s naughty little elf watched as, one by one periodically through the evening, the guests, dressed as the sexy days of Christmas, came and took their peppermint cream, opened it and stood there, looking surprised at the number and the instructions stamped on it: ‘Find your bauble on the big tree. Number —’.  She stood, provocative in her sleigh and snowball bikini, leaning against the wall, as her friend, Sally, took her correctly numbered bauble, squealed when she realised that she had a screw bauble (what else?!) and unfastened it to find her instructions. As Sally scooted past her, the naughty elf whispered, “Sal, hope you have a lovely evening.”

One look at Sally as she ran off to the bathroom to go get her strip tease and pussy bathed in wet red lipstick kisses by Tamsin as per the note inside the bauble, told the naughty elf that Sally wouldn’t be seen much the rest of the evening and that she would have a very merry Christmas this year. Little elf was pleased with herself as she sipped her lemonade. Everyone was getting their Christmas wishes; she’d been very busy working on this for weeks.

Through the window into the dining room, she gazed upon a series of guests lining up for a chance to give her cousin, Marie, the gift she’d found in her bauble. ‘Come and get your fill of pork sausage’. The naughty elf whimpered as her juices pooled, and the other five male guests with the same bauble gift as Marie strung themselves in a line, two at a time, letting her feel and taste their meat. They wouldn’t go home until morning.

Santa crept up behind her and pressed the side of his face into her hair. “I’m glad we’re just the hosts.” She felt his arm circle her waist as he handed her a drink. She’d been adamant she would only have soft drinks so she could keep a clear eye on all the guests. She certainly been glad she had!

“Don’t you want to join in, Santa, my love? It’s been a total success. Everyone’s enjoying themselves.”

“Very, very much from what I’ve seen,” he replied, tightening his grip.

“Been looking a lot, have you, sweetie? Oh yeah, I can tell you have.” She squeezed his thick, hard cock through his Rudolph briefs. The reindeer’s red nose flashed at the tip of his protrusion. “Ooh, look at that! I’m surprised you haven’t been inundated with peppermint creams.”

He slid his hands inside her snowballs and tweaked her nipples. “I have. One look at how Rudolph’s nose grew when I watched Susie — she was the one who picked number twelve, by the way, and got the billiard room — fucking herself while she sat enjoying Carrie getting her Christmas fill from behind by Gerry and her party drink from Pete, and she couldn’t wait to thrust a peppermint at me. And it was number 5. The utility room. Gutted that I turned down that vibrating tumble dryer.”

“Poor baby,” she teased. “How on earth did you manage to say no?”

“Because I have this.” He stuck his hand down into Rudolph.

“You’ve not been playing with your little red-tipped helper all night, have you, darling?” she giggled. She stopped when he pulled out from next to his cock a round, wrapped decoration. She unwrapped it, glancing up to see his eyes smouldering at her. It was impossible not to notice his cock twitching around, too. “Rudolph looks excited,” she murmured, the ache between her thighs growing until she was almost in pain. She grabbed the ache, rubbing, stroking at the sleigh that encased her nether regions.

“Why don’t you see what it says on your peppermint cream?” Santa’s body pressed up to hers; he was insistent; waiting with his cock jiggling in his very brief briefs.

Santa’s little elf licked her lips, her breasts bobbing up and down in her twinkly snowballs as she excitedly unwrapped the sweet temptation. The print was clear, and not of her making: ‘Top of the world’. She looked at him, baffled, then the penny dropped. Running off to the tree, climbing over the couple of Santa’s male friends, thrusting and groaning and who had finally been directed by the bauble to get it together in the passageway, she reached up under the star on the tree. She gripped the glinting bauble with a “Yes” and screwed it around the middle. The instruction pinged up at her, as if it was loaded with expectation. ‘Ballroom. Come and get it’.

The naughty elf hurried back to where she had left Santa. Grinning when she saw that he had vacated the dining room window, and raising her eyebrows delightedly at Marie, laying with two cocks in her mouth and one firmly planted in her backside while the others tickled her clit with gleaming cock tips, she made her way to the ballroom.

The doors were closed. Music played inside the room — and Santa’s voice, booming over the record player that rebounded ‘Jingle Bells’ off the walls, singing. “Jingle balls, jingle balls, come get them, Naughty Elf.” As she sneaked open the door, there was Santa, stark naked and dancing in a circle. He stopped the moment he saw his naughty elf, and beckoned to her.

Well, what else was she going to do? She had entered the ball room, after all. So she did exactly as Santa told her to, for once. And, as she took his left ball between her lips and sucked, she couldn’t help but think that Santa’s decorations were the most delicious decorations of all! 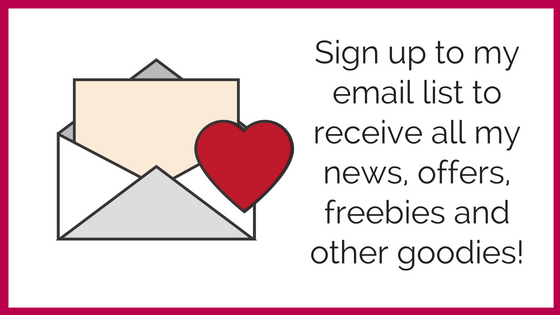