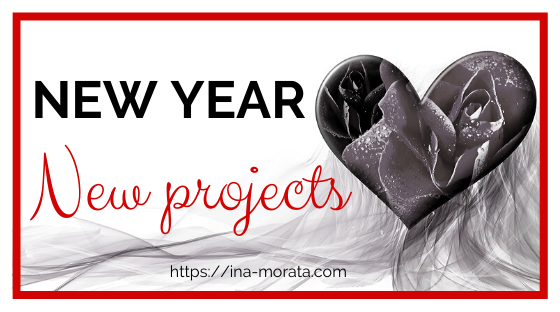 I’m late to the party on this one, but a very happy new decade to you. After a rather prolonged absence on the blog (after much longer than I intended, a whole heap of personal stuff and one operation later), I’m back again!

Truth be told, last year I reached a kind of personal crisis point in a number of ways. If you’ve read my blog for a while now, you’ll know that I rarely discuss my personal life outright. I kind of make a very veiled exception in this case, as it very much impacted what I do here. As various things shifted throughout the year, and I became much less grounded and lost more and more confidence in myself as a person, all I’ve ever hoped and dreamed for my writing and creative projects finally converged at a massive crossroads for me. Quite honestly, it almost fell apart altogether. As did I.

The issue was rooted, I think, in that I had begun writing erotica at the request of someone else, several years ago. I did as I had been ordered, not knowing what to expect, but the interesting thing was that I discovered that, over time, it began to free me – from my life, from expectations placed upon me, and most importantly, from myself. And I discovered that I wasn’t too bad at it, and that I enjoyed it!

Yet I was beginning to feel displaced. Did I want to write about the sexual as something disparate and standalone with no context and no feeling? Did I want to write about the erotic at all? Why was I doing so? If you’ve read enough of my blog posts, you know that they are not all ‘stroke’ stories by any means (not that I have anything against that at all). Some of my erotica can be quite dark and I think it’s noticeable between releasing Carnal last spring and Can You See Me? in the autumn that a level of dark perception had infiltrated my writing.

The thoughts that drives me – the passion that lives within me – is writing into my fiction those things that unnerve me, obsess me, or eat into my very soul if I let them. It’s certainly why I wrote the Erotic Myths and Sexy Tales series and definitely (if you’ve been with me that long and can remember the blog posts) why I wrote ‘Love Slave‘. Erotica, in many ways, has been cathartic for me. Sex itself is often a very enlightening experience for me, where I continue to learn so much about myself through it (not to mention that I love it!). Slowly and carefully my boundaries keep being pushed. This is one way we learn about ourselves as well as our partners.

The erotic, in this way, is part of a much bigger story because it’s about people. It’s about connection with someone at many different levels, and that doesn’t happen in isolation (although sex in and of itself may do). It’s about the desires, passions, obsessions, and the tensions, fears and emotions that work inside them. These are the stories that excite me. These are the stories that make me care. And these are the kinds I will continue to write: a combination of the light and the dark – pretty much like we all are. But oh my goodness, I happen to love the desires, loves, fantasies and pure carnal needs that can surround sex too, and I have every intention of satisfying my readership on that score as well!

Where the hell is this post actually heading? Well… To my plans and expectations for my writing, this website and everything else over the coming year. (I knew I’d get there eventually!). I always get off to a slow start, at the beginning of the year because I always take a couple of weeks or so to decide on my projects for the following months. Lots of authors have a ‘word of the year’ that they choose to help them along, so I thought I’d give this a whirl – and mine, I have decided, is ‘publish’. I have so many part-finished projects that it’s time I got them out into the world for you.

But I decided that I needed another focus word, too. This one is ‘accountability’, a word that usually puts untold stress on me, but I’ve decided not to fall foul of it this time, and to make it even more difficult to wriggle out of by making my intentions public. I can already envisage certain eyes rolling! However, undeterred by the potential “WTF, you lunatic woman?” conversation, the plan for publishing is as follows:

This makes a total of 18 books. Am I crazy? Possibly. Will I still be conscious by December? Possibly not! (And not if you give me enough Baileys!)

Time for a new direction

But being a much better publisher this year is not the only thing I have ambitions for. There are other things I want to do, too, because it feels like the right time for me, personally and professionally.

Over the last decade or so, I have written articles of various book and film recommendations here and elsewhere, and on this blog I have expressed my opinion on various erotica, books for erotica writers and the occasional sex toy. For a number of reasons, this is attracting me more and more, and so I have decided that this blog should have increased variety beyond the usual fiction which has been its mainstay.

The fiction, most definitely, will continue here because I love writing it, but I also intend to include more opinion pieces and product reviews. My hope is that I can focus even more on you and what you might enjoy outside of fiction and, with a bit of luck, I’ll have some fun in the process. If you’re on my email list you’ll always get to know when I’ve written a new one. I’m really looking forward to getting stuck into this.

I think ‘excited’ is how I’m feeling! I’ll definitely be talking about this some more – because I get awfully vocal when I’m excited… 😉

And last but by no means least, it is definitely time for this website to get a total overhaul. It’s had two looks and, of the two, I preferred the better accessibility of the original website design as far as blog posts go. I will therefore definitely be working to make that better for you.

For a very long time, I’ve been aroused by the colour combination of black and white with red I think it makes for some of the most erotic images on the planet. When I chose the colours for this website and everything ‘Ina’, I felt that pink and black gave me a way into erotica, which was tinged with a level of uncertainty. I always had in the back of my mind that my erotica might veer towards the ‘romance’ end of the genre. It doesn’t! I may deal with feelings and emotions, but romance at a genre-specific level is something I have no wish to write.

So, in the coming months, expect everything I do to change colour to the utterly gorgeous red, black and white combo. In fact, I’m sneaking it into the blog already. Which reminds me – I had the most incredible birthday present bought for me the other week. Isn’t it absolutely stunning?! Expect it to feature on the website.

A question for you